The New England Patriots come into Super Bowl LI the most hated team in North American sports since the Dallas Cowboys or the New York Yankees and for good reason. Despite myriad attempts to destroy the Patriots by both the NFL and the public, New England has been to 11 AFC Championship games and seven Super Bowls in the 16-year Bill Belichick/Tom Brady era. That's essentially a Super Bowl appearance every other year. By comparison the Atlanta Falcons will playing in their second Super Bowl ever; the last time the Falcons were in the Super Bowl they were called the Dirty Birds and we were still laughing about Left Eye burning Andre Rison's house down. Historically, this seems like David v. Golaith, but statistically, this game could be one for the ages. The Atlanta Falcons are coming off a record-breaking offensive season (33.1ppg), one of the greatest in NFL history; however, the New England Patriots (27.6 ppg) are right there with the Falcons in every offensive category; and also come into Super Bowl LI with the top scoring defense in the NFL, a much better feat then the pundits will lead you to believe. On paper it's the NFL's top offense v. the NFL's top defense, but this game is much more complex then that. 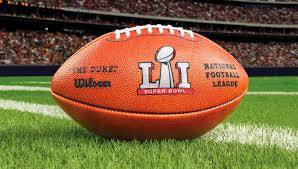 The Atlanta Falcons were one of the ten greatest scoring offenses in NFL history, averaging over 33 points per game. The Falcons were a top-5 offense in every major offensive category, except for 3rd down efficiency (11th), penalties (19th) and time of possession (19th). TOP can be explained away by their fast scoring offense and penalties are more a function of discipline, not ability; clearly the penalties didn't hurt them much. The Falcons also don't turn the ball over. They ranked last in fumbles (8) and threw the 5th fewest interceptions (7). 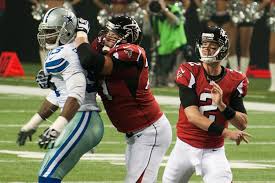 They could have trouble moving the ball against the New England Patriots. Much has been made about the Patriot's supposed weak schedule (confirmed by Pro Football Reference's strength of schedule score of -2.65), but I'm here to argue it wasn't much easier then the Falcons schedule (-0.11 SOS score). According to my research New England played five playoff teams, five teams that just missed the playoffs, and six teams that missed the playoffs; by comparison the Falcons played four playoff teams, five teams that just missed the playoffs and seven teams that didn't make the playoffs. Considering both teams played the entire NFC West in 2016 and play in comparable divisions, I struggle to see how the strength of schedule scores aren't much more similar. What's my point? Don't turn your nose up at this Patriots top scoring defense. In addition to being the top scoring defense, they rank in the top-10 in several significant defensive categories (Yards, rushing yards, 1st downs, 3rd down efficiency, passes defended, time of possession and QBR). This New England defense is really good, and they got much better as the season progressed, a common Bill Belichick trait. 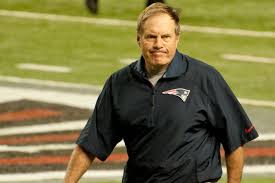 The Atlanta Falcons boast a historical offense, yet the New England Patriots either stay with them of best them in every offensive category. Points? Falcons first; Patriots second. QBR? Falcons first; Patriots second. Yards? Falcons second; Patriots fourth. Passing yards? Falcons third; Patriots fourth. The Patriots best the Falcons in 3rd down efficiency and time of possession, two of the most overlooked offensive statistics in football research. The Falcons score at the highest rate per possession of any team in the NFL, but the Patriots are 5th in scoring percentage. In fact, if we take both teams scoring differential and then calculate it against their strength of schedule, as discussed in the previous paragraph (Pro Football Reference's SRS metric), the Patriots rank first in the NFL; guess who ranks second? You guessed it, the Falcons. 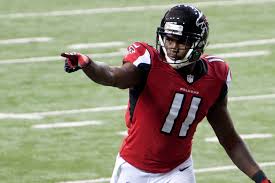 The New England Patriots will focus on the Falcons Julio Jones, the NFL's top wide receiver

The only thing left to discuss is the reason for my prediction. The Atlanta Falcons statistically have one of the worst defenses in the NFL. Hard to believe being coached by the great defensive-minded Dan Quinn, but there's no Michael Bennett on this team. No Richard Sherman. No Earl Thomas. No Kam Chancellor. In fact, there aren't many big names on this defense save Vic Beasely, but there is a guy named Dwight Freeney who used to give Tom Brady fits. Unfortunately that was a decade ago. That job will now belong to Vic Beasely and he'll have his work cut out for him all night as the Patriots allowed the fifth fewest sacks in 2016. 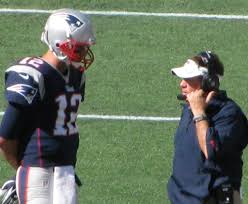 We have much to be excited about tonight as the high flying Atlanta Falcons and their electric offense take on the disciplined and steady New England Patriots. All the millions of Patriots haters will turn on FOX with high hopes of seeing the cheating, Trump-supporting brass and brains of the New England Patriots get crushed by suffocating high-scoring Atlanta Falcons, but I'm here to burst that bubble. Not only are the cheating allegations against the Patriots pathetic attempts to marginalize their incredible dynasty, the cries against some member's Trump support should align perfectly with  Falcons owner Arthur Blank's Republican contributions over the years. Don't come to me with any of the superfluous nonsense. This game is about the Atlanta Falcons taking the next step with Matt Ryan and Julio Jones, but it's more about appreciating the New England Patriots for what they've accomplished. If the Patriots win tonight Tom Brady will have separated himself from Joe Montana and Terry Bradshaw (cough) with five rings, Bill Belichick will have coached five Super Bowl victories, and the New England Patriots will have won five of seven Super Bowls in only 16 years. Hate them or love them, that's an unbelievable dynasty that we will never see again in our lifetimes. Instead of hating it, try appreciating it.

Posted by Phaulkner at 1:57 PM No comments: Links to this post