NEW TO PRO FOOTBALL MEDIA FOR THE 2019 SEASON
< Drake voice >
"TOP 5 TOP 5 TOP 5"
Pro Football Media will choose the Top 5 Betting Games of the Week for either the spread OR O/U denoted by an asterisk (*). Roll with our Top 5 and watch the money pile up all season! 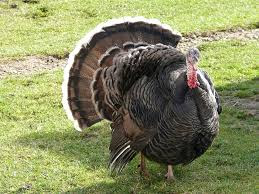 Keys: When the season began many experts circled this game as a potential window into the NFC North divisional race and the playoff picture as the last quarter of the season approached. Instead, these are two of the most disappointing teams in the league, especially the Bears, who had Super Bowl LIV aspirations heading into 2019 following a 12-4 season the year before. The problem in Chicago has largely been the QB; Mitch(ell) Trubisky is rated 30th in the league. The problem in Detroit has been anything but Matthew Stafford, save his cap-crippling salary, but what else is new? Has Stafford ever been the problem? Truth be told, the Lions expected W-L record according to Pro Football Reference is 5-6, meaning the Lions have shot themselves in the foot at least twice this season. That certainly isn’t new, and therein lies the problem. Talk of a Lions curse has permeated the league for 50 years, just ask believers in Bobby Lane. This game comes down to the Bears 4th ranked defense (scoring; yards allowed) taking on a Lions offense that ranks 11th in scoring and 9th in yards, but are without Stafford again as Jeff Driskel sits at questionable on the injury report. The bottom line is you can’t trust Trubisky to score points and you obviously can’t trust Driskel week-to-week, so this game will be the one you ignore while staring into the turkey oven. At least you aren’t thinking the same thing Trubisky is when he stares into his oven. What, I meant he might have to become a baker, jeez...

Keys: We move on from the appetizer game to the main course, a battle between a Cowboys team trying to bounce back from a cold, wet loss in New England and a Bills team that’s shockingly still relevant as December approaches. There’s no rest for the weary, as the Cowboys go from facing the best defense since the Ravens defenses of the early oughts to facing a Bills team that ranks 3rd in scoring defense, 3rd in yards allowed and 3rd in passing ypa. Looks like Ezekiel Elliot gets another chance to prove he's worth $50 million guaranteed. As Dak Prescott navigates the Bills stellar passing defense, watch out for Josh Allen, who has quietly put together an amazing sophomore season, throwing for 15 TDs and only 8 INTs while rushing for 387 yards and 7 more TDs. On paper the Cowboys top-10 defense (7th scoring defense; 6th yards allowed) should be able to stuff the Bills offense, but paper hasn’t translated to the field consistently, and the Cowboys have yet to beat a team with a winning record this season. That streak ends on Thanksgiving, because not only do the Cowboys have to beat a quality team at some point, that point has to be now as they can take control of the NFC East and win back the hearts of their distracted fans on Thanksgiving and save Jason Garrett’s job.

Keys: As the tryptophan cuddles up to postprandial somnolence we’ll slip deep into sleep and miss the Saints beating the Falcons in a low-scoring game and wrap up the NFC South by Thursday of Week 13. Now that I’ve jinxed the game we’ll probably get a 43-38 barn-burner. Or will we? Something in the Falcons defense has suddenly sparked, whether a function of Dan Quinn’s impending canning or professionals tiring of under-performance, and the Saints, well, are sort of over-performing. In fact, this very Week 10 match-up is what sparked a Falcons two-game winning streak after they shocked the Saints in New Orleans 26-9 following their Week 9 bye. According to Pro Football Reference, the Saints should be 7-4 and the Falcons 4-7, numbers based on point differential records using Bill James’ pythagorean expectation equation. It stands to reason considering the Saints went 5-0 with a backup QB, while the Falcons have had an abysmal season with one of the best passing attacks in the NFL. If we’re being honest, Drew Brees hasn’t looked great since his return from thumb surgery, but most of that could be contributed to age; at 41 Brees clearly doesn’t have the same arm strength, and doesn’t have the mobility, either, as these Falcons sacked him six times Week 10. I wouldn’t expect a repeat of that, per se, but these Falcons can hang with these Saints.

Note: Due to the holiday and Phish tour the games will not include lengthy summaries or pictures, but rather score predictions with minimal analysis. The same time went into research, just not writing the summaries; PFM returns to normal business practices Week 14. Thanks for your understanding and support.

Keys: This game is a joke and no one cares, not even their fans. Don't be fooled by any Jets progress in this game, or surprised if the Bengals win.

Keys: Do these teams play each other every week?

Keys: Perfect trap game for the team that's "about to get back on track any week". Look for the Dolphins to cover at least.

Keys: The Packers need to get their act together and what better team to do that against than the Giants in weather they happen to thrive in.

Keys: This game will be without Myles Garrett or Mason Rudolph, which is almost like Kyrie Irving wimping out of the Boston Celtics game, but not really, just in the sense we want to hear incessant booing and chaos.

Keys: The Pigskins are terrible and the Panthers are still trying to prove they're relevant while not trying to waste Run CMC's MVP season.

Keys: Who cares about the score, the question is how many INTs will Jameis Winston throw?

Keys: The 49ers are mediocre at one thing: stopping the run. The Ravens excel at running the ball. Yep, it's one of those classics and a likely glimpse of Super Bowl LIV. Baltimore is good, but 5.5-points better? Maybe so in the cold rain...

Keys: One of these teams was rebuilding from scratch while the other was a Super Bowl contender. It's interesting that the opposite will apply to these two teams in 2022.

Keys: 10 points seems like a lot for two teams that have been inconsistent to say the least, especially in the driving wind.

Keys: The Patriots have the Texans number, but New England's offense is literally a joke and Bill Belichick only seems to struggle with mobile QBs. I'm not saying that means the Patriots win, or even cover, but it's the reason for the spread.

Keys: Perhaps the game of the week, the questions are which Vikings offense shows up and whether Super Russ can continue his heroics.
Stay tuned for the Tuesday's Gone: Week 13 #NFL Game Reviews THANKSGIVING WEEK EDITION coming Wednesday!

Posted by Phaulkner at 5:42 PM