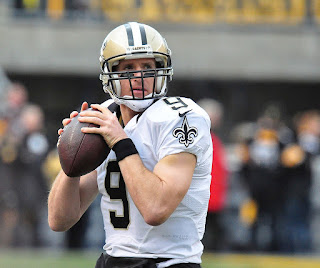 For once Drew Brees can count on his defense as they host the Los Angeles Rams in the NFC Championship.

Sunday, 3:05 PM, Mercedes Benz Superdome, New Orleans, LA (Weather: Indoors)
Reasons: The playoffs are all about experience. Anything can happen, of course, but chance favors the prepared mind, and I don’t care how much film you study, if you haven’t experienced the game situations you can’t possibly be prepared. Well, the Rams are led by Sean McVay, Jared Goff, Todd Gurley and Aaron Donald. Those players and coach have exactly two games worth of playoff experience, and just got their first playoff win as a group last week. By comparison Sean Payton and Drew Brees have 13, including a Super Bowl Championship. The game plan here is pretty simple: The #2 scoring offense (LAR, 32.9 ppg) takes on the #3 scoring offense (NO, 31.5 ppg) and the #2 scoring differential (NO, 9.4 ppg) takes on the #3 scoring differential (LAR, 8.9 ppg). So basically 1.4 ppg separates these two teams offensively while their point differentials are within a half a point. The Saints (3.6 OTD/g) and Rams (3.4 OTD/g) even rank 2nd and 3rd, respectively, in offensive TDs/game. In other words, we have two evenly-matched offenses. The funny thing is it doesn’t end there: The teams defenses are similarly ranked in scoring and total defense and both are ranked high in a key defensive metrics (LAR ranked 3rd in INT; NO ranked 5th in sacks). One key defensive advantage the Rams have had all season is takeaways, in which they rank 3rd in the league, but it’s not as if the Saints turn the ball over much (7th TO ratio). One key advantage the Saints have is their Red Zone TD efficiency (70%), where they capitalize with TDs in the Red Zone 13% more than the Rams. Speaking of TDs over FGs, the Saints are ranked 4th in FG efficiency, while the Rams are ranked 19th; the Saints are also ranked 3rd in PAT efficiency, compared to 11th with the Rams, meaning the Saints simply kick the ball better, especially when it comes to crucial scoring scenarios, like PATs. Granted those numbers are skewed by the Saints playing in a dome, but they just happen to be playing in one on Sunday as well. This game comes down the Saints defense, which has been playing at an all-time level, and it couldn’t have come at a better time. The Saints usually stifling offense has become stagnant, and sometimes too reliant on Michael Thomas; in fact, the Saints have only averaged 24.3 ppg since their win against the Philadelphia Eagles Week 11, in which they scored 48 points, and in three of those games the Saints only averaged 12 ppg. New Orleans might’ve thought their problems would be solved by the bye, but then the Saints only managed 20 points against the Eagles in the Divisional Round, and could have just as easily lost the game. Yes, it’s been the defense that has put the Saints on their shoulders down the stretch, allowing only 16.9 ppg to their opponents in the eight games since and including that 48-7 win over Philadelphia in Week 11. The offenses might have gotten both teams to the NFC Championship, but the Saints defense will get them to Super Bowl LIII. 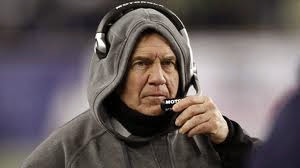 It's that time of year when Bill Belichick uses the force and turns his mediocre defense into one good enough to win championships.

Reasons: The New England Patriots are playing in their 8th-straight AFC Championship game. Let that sink in. This Patriots dynasty has lasted nearly two decades and the comparisons are essentially over: The Patriots are the greatest NFL franchise in the history of the sport, and even if you want to point to warranted cheating scandals like SpyGate or ridiculous clown shows like DeflateGate, those are two examples from two seasons. What of the other 11 seasons in the Bill Belichick-Tom Brady era in which the Patriots have earned a first round bye? Exactly, one’s arguments become flimsy at best as one is faced with the best coach in the history of the game and arguably the best player in the history of the game; and they happen to be a pair. Hence the hate, amirite? Yes, the Patriots have constructed a dynasty that will be talked about for decades to come, especially considering it came in the height of the Parity Era, where the salary cap was designed to keep the playing field level. Spare me the tired cheating references. So, is the dynasty over? The Patriots sure seemed to have backed into a bye this year more than any of their 12 byes in the past 18 years, but are there style points for these achievements? No, and the last time I checked, the Patriots, on two weeks rest, made quick work of a 12-4, albeit tired and thin, Chargers team, essentially having won the game 35-7 at halftime. Will the top-seeded Chiefs, the young darlings of the NFL, supplant The Avocado Boy and takes the reigns? Well, New England already beat these Chiefs 43-40 this year in Foxborough. This game isn’t in Foxborough, though, and that game didn’t feature Justin Houston or Eric Berry. It’s funny what a few All-Pro defensive players can do for a team. In the metrics I commonly use to analyze games (listed in green at the top) the Patriots and Chiefs are among the top-10 in ten of those categories; for reference, the teams playing in the NFC Championship game each have nine. So, if the dynasty is over in New England there aren’t any signs of it; by the same token, if there was ever a team to challenge the Patriots AFC supremacy it would certainly be these Chiefs, even without Kareem Hunt. The Chiefs have both a historically great offense and a historically bad defense, despite the Chiefs Divisional Round heroics against a frozen Andrew Luck. The Patriots, however, have a top-10 offense and defense, the latter catapulted into the top-10 with Belichick-ian style late season defensive push, which included yielding only 11.5 ppg the last three games of the season and first three quarters of their first playoff game against the Chargers. That might sound ridiculous, but those final 14 Chargers points skew the numbers and came in garbage time, and the first game in that four-game stretch includes holding the Steelers to 17 points in Pittsburgh. Kansas City only lost four games all season, all to playoff teams (NE; LAR; LAC; SEA) no less, and were 4-2 post-bye week, including the playoffs; those games included an OT win against the Baltimore Ravens and a one-point and one-possession loss to the Los Angeles Chargers and Seattle Seahawks, respectively. In other words, the Chiefs are battle tested. the Chiefs offensive exploits are well-documented, ad nauseum across all media, so there’s no point in dissecting their All-World offense other than to say the Chiefs might struggle to gain as many ground yards against the Patriots (11th-ranked rush defense) as they did against the Colts (180 rushing yards; 5.5 ypc). The game will likely come down to Brady’s ability to get the short, quick passes out to James White and Julian Edelman, taking the Chiefs top-ranked pass rush away while giving Tom the options necessary to get rid of the ball quickly; on defense the Patriots will likely take Tyreek Hill away and make them beat them on the ground or with Travis Kelce. The crowd certainly favors Kansas City, as Arrowhead is one of the toughest places to play in the NFL, but the cold weather could belong to the Patriots. If anyone can sling the ball in cold weather it’s Tom Brady. A three-point spread suggest a close game and I couldn’t agree more, but how it plays out is a different story: The Patriots surprised everyone with an offensive onslaught in the Divisional Round, while the Chiefs defense made their first serious appearance of the season in the same week. Guess what else was out-of-character last week? A colossal Andy Reid coaching blunder. I’m betting on one of those blunders this week against his old nemesis Bill Belichick, and I expect experience to play much more of a role against the Chiefs this week than it did for them last week against Indianapolis. The Patriots dynasty might be coming to an end, but you wouldn’t know by turning on your television February 3rd.

Posted by Phaulkner at 1:18 AM